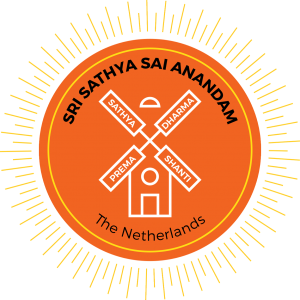 Sai Anandam is organizing a spiritual weekend in Oirschot from 26th to 28th August. There will be many inspiring activities and lectures, and we will have a special guest coming all the way from India!

For information, please see the flyer below.

Do you want to be a part of this beautiful and inspiring weekend? Then please register via this Registration Form.

We hope to see you there! 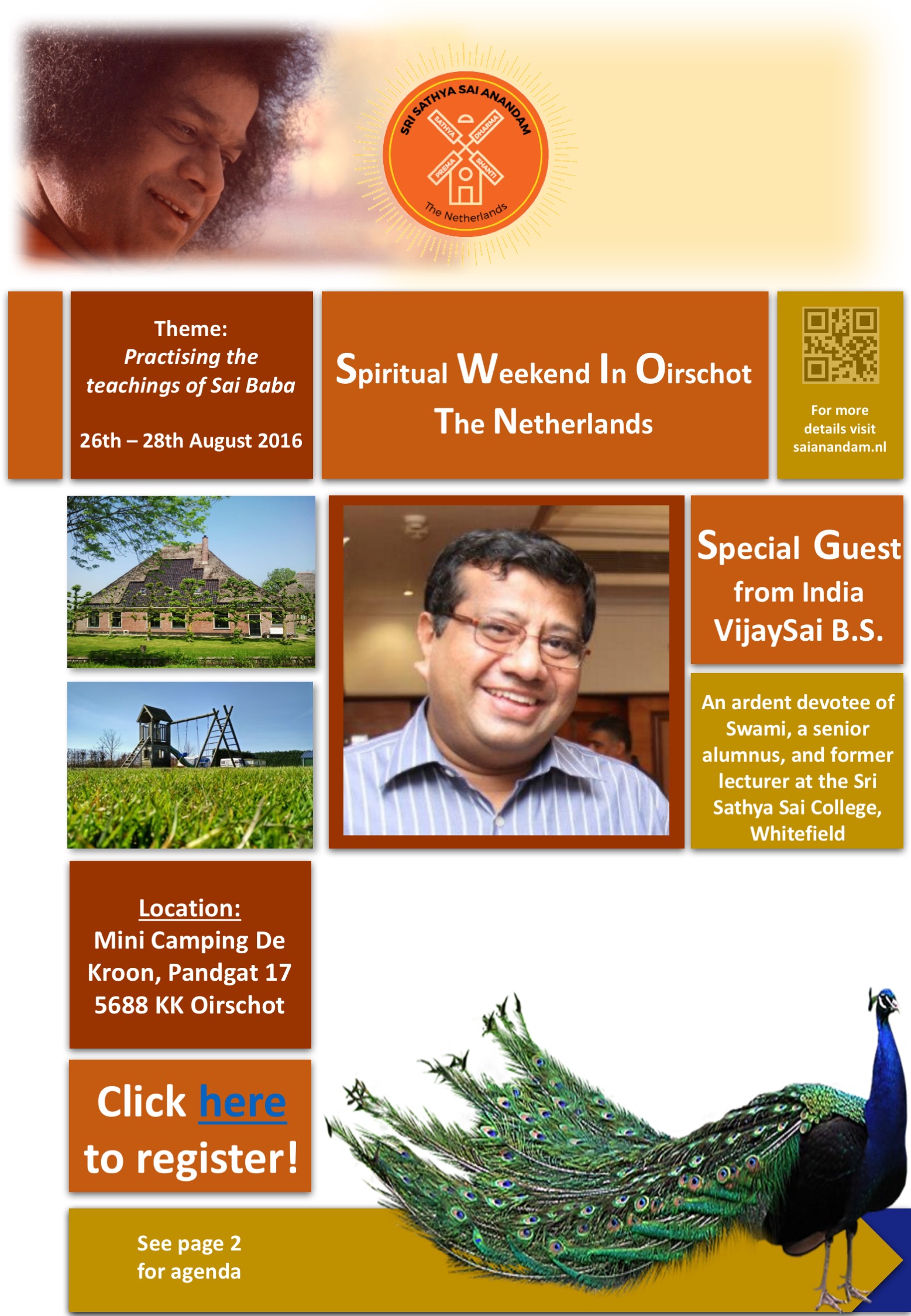 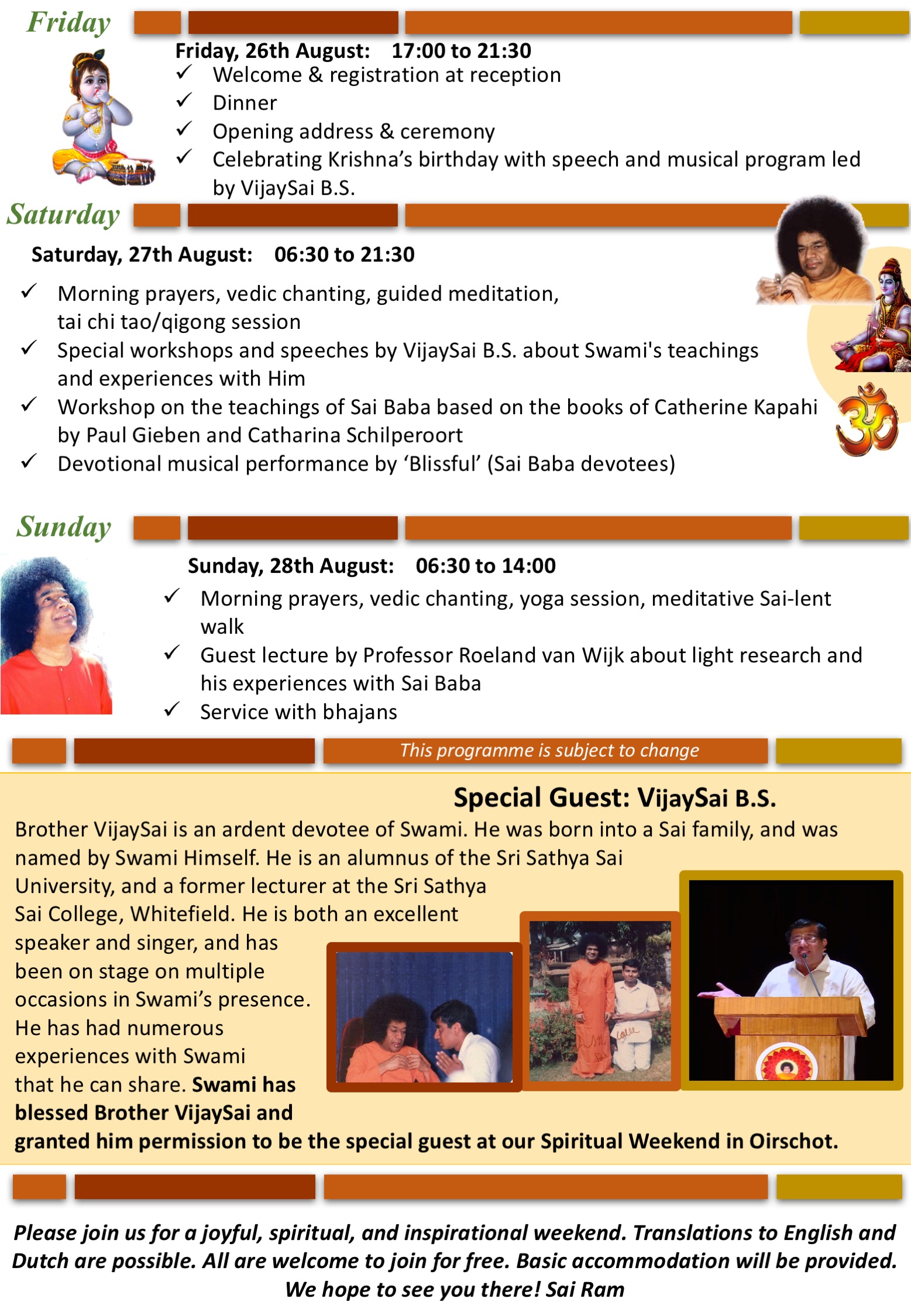 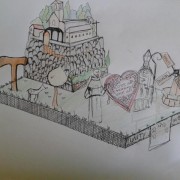 With the blessings of Swami, the European Union ( EU ) float consisting of the teams of Croatia, Italy, The Netherlands, Germany and Slovenia was on display as part of the 90th birthday celebrations of Bhagawan Sri Sathya Sai Baba in Muddenahalli. Swami lovingly guided the team members, who were from different countries, right from the beginning and they came together at His lotus feet.

As per His guidance all the country flags were carried in front of the floats. The names of the countries were on plates to enable the audience to identify the respective countries. Also, when the floats were in front of the stage ( with Sai Baba on it), the corresponding representatives from all countries gave short introductions on the themes of their floats. This was supported in the background by music originating from the countries.
The team of The Netherlands was in full joy with it’s contribution to the EU float, some of them walked in traditional costumes before the float. On the float was a traditional windmill and the wicks were engraved with the words
Sathya, Dharma, Shanti and Prema, the four human values Truth, Righteousness, Peace and Love. The favorite saint of the Netherlands, Sint Nicolaas was part of the moving EU float together with Saint Francis of Assisi from Italy.